A kick scooter for everyone

Children are so fond of this entertainment that we sometimes organize relay races. Moreover, children ride kick scooters absolutely freely - as you can see at the photo, a pedagogue starts a relay race, the second one stands on the second line and children understand the rules and ride, following them. 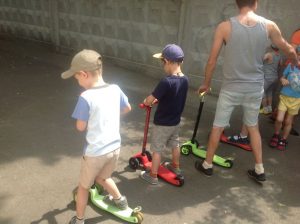 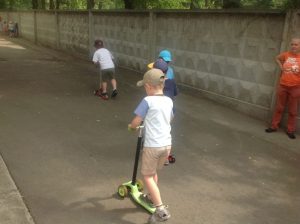 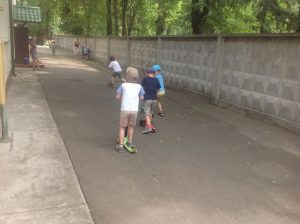 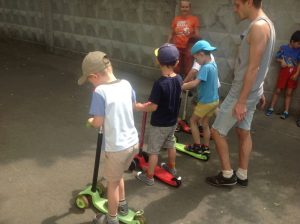