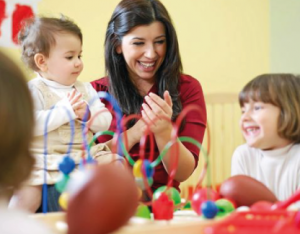 Medics have nothing to suggest because no cure for autism has been invented. Representatives of alternative medicine offer magic pills and potions that ‘take away’ the condition immediately. Familiar advice is to take it as it is and not to suffer. What about the parents, whose beloved child has been diagnosed with the disorder? Let it go on its own, or fight it? And if we choose the fight, what will it lead to?

Autism spectrum disorder (ASD), or autism, is a disorder of the brain that causes a child to have a deficit in social and emotional skills. Children with ASD are unable to form relationships with other children, express feelings and desires, show empathy, and engage with others. Autism in children manifests itself in different ways and at different times, so the following types of disorder are distinguished:

Regardless of the age at which autism is diagnosed, children have varying degrees of symptoms throughout their lives. So where does this affliction come from?

Causes of autism in children

There is no specific cause of autism in children. According to some, the condition is caused by vaccinations. This view emerged after the publication of Andrew Wakefield's work in the late '90s. The doctor cited the PDA (measles, rubella, mumps) vaccine as the cause of autism in the 12 children he tested. The work was published in The Lancet, where Wakefield argued that there was a link between the onset of the disorder and vaccination. The results of the study quickly spread in the media, sparking parental anxiety for children and the emergence of an anti-vaccination movement.

But in 2010, scientists in Denmark, after studying 657,461 people with autism over 10 years, disproved Wakefield's theory, and the medical community accused the doctor of quackery and falsification. He was disqualified from practicing medicine, and his work in the publication was withdrawn.

Scientists claim that autism is a congenital condition resulting from gene modifications. That is, you cannot be born healthy and ‘catch’ autism like a cold on the street.

However, the medical community names several factors that increase the risk of having an autistic child:

The risk factors do not guarantee the birth of an autistic child but only indicate statistical data and trends. However, neither they nor the causes of autism affect the diagnosis and prognosis.

Diagnosis of autistic children in Ukraine is a young process, and statistics on the number of people with the disorder are still approximate. Just 20 years ago, physicians of the post-Soviet space symptoms of autism were treated as manifestations of schizophrenia, prescribing patients ‘appropriate’ therapy. What to say about its effectiveness and the ability to count those who were misdiagnosed? But time is of the essence, and doctors today have no problem identifying autism spectrum disorders.

Diagnosis of ASD in Ukraine is made exclusively by a psychiatrist based on several studies. These include:

There are no special research tools or tests for autism. The doctor diagnoses autism rather based on social signs, own observations, and information from parents, while the results of ultrasound or EEG indicate possible comorbidities or abnormalities. For example, children with ASD often have digestive disorders, food allergies, epilepsy, ADHD, etc.

In Ukraine, the diagnosis is made at the age of 3. But parents should not wait for this time if the symptoms are evident earlier. After all, the early diagnosis of autism in children - the key to the timeliness, and therefore the effectiveness of the subsequent ‘treatment’ of the disorder.

Parents of ‘special’ children are eager to get their hands on a magic pill that will cure their beloved child of the disorder. Medics are working hard to create a cure that could defeat autism, but so far there is no specific treatment for ASD. The only ‘cure’ for autism in children is intervention - teaching and developing social interaction skills, emotional intelligence, self-care, and appropriate self-expression.

A key role in intervention is played by a comprehensive approach, i.e. the coordinated work of several specialists simultaneously - psychologists, speech therapists, and others. At the same time, they should communicate with each other to change the work in progress and not work in vain on things that are not yet physiologically accessible to an autistic child. For example, if a 5-year-old child is systematically engaged with a speech therapist and has not said a word, the problem may be medical - immaturity of the left brain hemisphere, and a specialist has nothing to do with it.

However, haphazard and, most importantly, irregular ‘treatment’ of autistic children by one teacher does not bring lasting results. In Ukraine, each parent can choose a facility for intervention independently, depending on the child’s developmental level and financial capabilities. The main thing is to engage constantly and influence the child comprehensively. How?

Methods for autism intervention in children

There are many approaches and remedial techniques for autism, but the most common and effective are considered to be the following:

1.1 Applied Behavior Analysis (ABA) is a therapeutic method based on encouragement. It is scientifically proven that desired behaviors and skills are reinforced by proper motivation and praise for success.

1.2. TEACCH is an approach based on the specifics of how children with ASD perceive the world. Most of them are visual learners, so cards and pictures of desired behavior help them learn better.

1.3 Speech therapy - technique aimed at increasing the motivation of an autistic child to use speech to communicate.

1.4 Occupational therapy - an approach aimed at teaching daily living skills to autistic children through the development of fine motor skills and sensory-reduction techniques.

1.6 Developmental therapy - methods of ‘treating’ autism in children that are based on developing the child's strengths. Work is done with the child's own interests in mind, which develop necessary skills without pressure.

1.7. Play therapy - helping a child with ASD to learn to play (development of imagination, interaction with other children, etc.).

1.8 Visual therapy - use of visual technologies for the development of communicative skills.

1.9. Sensory integration - a method that improves the interaction between the brain and the information the child receives from the environment. This approach helps the child process external information more quickly and decrease sensitivity to touch, sound, and light.

1.10. Pet therapy is the interaction of autistic children with animals, such as horses, dogs, and dolphins.

The biomedical method is based on the perception of the body as a holistic system whose health depends on nutrition and a clean environment. The approach resonates with a frequent problem of autistic children - food allergies and gastrointestinal disorders, allowing improvement of the condition and behavior through diet.

Medications. Children with ASD are sometimes recommended medications (sedatives, neuroleptics, etc.) to relieve tension or to treat an underlying autism disorder, but only after consulting a doctor. He knows what medication, why, and in what dosage a particular child needs.

Complementary and alternative medicine (homeopathy, hypnosis, acupuncture, osteopathy, etc.). In terms of evidence-based medicine, such therapy is more of a placebo for parents. Herbs, decoctions, and sugar balls help reduce adult anxiety but result in wasted precious time instead of using proven techniques.

Experts recommend using several therapeutic approaches at once. For example, combining behavioral therapy techniques with a biomedical approach. But for what?

If a neurotypical child is happy about a bright new toy, happy at the sudden chance not to go to kindergarten, or quietly makes five new friends in the sandbox, then for a child with ASD such ‘joys’ are unavailable and often lead to stress and tantrums, rather than excitement. Autistic children find it difficult to change and communicate with other children. They are irritated by loud sounds, shouting of children, they are wary of attempts to join in the game. Such ‘difference’ of perception of the world leads to loneliness and aloofness of others.

Therefore, the goal of any intervention method is to eliminate social and communicative disorders to socialize autistic children at the level of kindergarten, school, university, and society in general. To prepare a child with ASD ‘for life’, there must be a step-by-step and consistency of intervention. Before learning to read, one needs to master the letters. We are talking about social and everyday life skills:

The development and regular repetition of social and domestic skills help adapt to school, where the key role is played by the acquisition of academic knowledge. After all, what is not learned in kindergarten will detract from learning.

With the right approach, children with ASD usually have no difficulty with neurotypical children. However, while with high-functioning autism, an inclusive approach is not necessary in most cases, but for other children it is.

The fact is that learning difficulties do not arise because of low intellectual indicators - most autistic children's IQ is fine. But ‘special’ children are too sensitive to external stimuli (noise at recess, bright light in the classroom, etc.) that prevent them from concentrating on learning. That is why schools in Ukraine prepare special sensory rooms where children with ASD can relax and relieve stress.

The main assistant in the socialization of autistic children is parents. Ukrainian society is still on the path of tolerance towards ‘special’ children in kindergartens, schools, on the streets, or in theaters when they have tantrums or run away. That is why some adults try to communicate less with teachers about the condition and causes of children's ‘oddities’. And this is a mistake because the more parents tell teachers about the diagnosis and peculiarities of the child, the easier it is to find an approach and thus help the child ‘fit in’ with the team.

The ‘Child with Future’ kindergarten presents special conditions for the development and socialization of kids with ASD and friendship between parents and teachers. For advice or to enroll your child in kindergarten, please contact the administration.