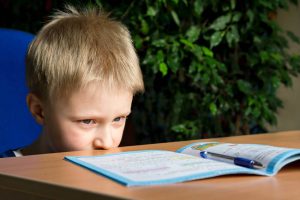 “My son has always been an active child - from early childhood, he ran like a rocket, created chaos out of nothing, constantly talked, and could not concentrate on anything. And recently I realized the reason for excessive disinhibition - the doctor diagnosed attention deficit hyperactivity disorder. Friends advised to look for a specialized kindergarten, the father-in-law believes that the kid should be punished better, and there is a lot of conflicting information about the disorder on the Internet. How to be and where to run? "

Such thoughts often come from parents whose children have been diagnosed with attention deficit hyperactivity disorder (ADHD). On the one hand, there is a feeling of lightness, because everything fell into place and everyone finally realized that was wrong with a child. On the other hand, the ‘performance’ is just beginning, because you cannot let the disorder take its course.

ADHD, and in everyday life is simply used ‘hyperactivity’, is an insidious thing that cannot be noticed with the naked eye. Most children in the early preschool age are active - they run, jump, torment adults with questions, make riots, and break objects while exploring the world. However, some parents notice that the child is too active and, most importantly, disorderly. There is no purpose and motivation for actions, a minimal strategy, attention ‘jumps’ from one case to another, requests and rules remain unheard, and the world revolves around the baby. And attentive parents feel that their beloved child is different from his peers. And in the doctor's office, it turns out that this is indeed the case.

Unfortunately, in Ukraine, as well as in the countries of the post-Soviet space, ADHD is ‘disliked’. There is still a widespread myth among physicians and some adults that such a disorder does not exist, and that the ‘strange’ behavior is the pedagogical neglect or improper upbringing result. However, the global medical community refutes this position and proves both the existence of ADHD and the effectiveness of special therapeutic strategies.

What is Attention Deficit Hyperactivity Disorder

ADHD is a brain disorder that manifests itself in impulsive behavior, inattention, and over-activity. In ADHD, arousal processes dominate over inhibition processes. That is, the life and behavior of a hyperactive child are ‘controlled’ by momentary desires, interests, and needs, and the inability to satisfy them here and now causes a violently negative reaction (for example, hysteria or aggression).

This happens because of the immaturity of the cerebral cortex and subcortical structures that regulate the ability to control oneself and make volitional decisions. Therefore, kids with ADHD absolutely cannot wait or ‘stretch’ the pleasure, they need to get what they want not later, but certainly, now, it is difficult to set goals and achieve results, to bring the business started to its logical conclusion. At the same time, attention deficit hyperactivity disorder in children does not at all indicate an intellectual lack - hyperactive children, as a rule, have high mental abilities and IQ. However, the inability to self-organize, direct efforts in the right direction with a will, and achieve a result does not allow them to fully realize their full potential.

Signs of hyperactivity are clearly visible in older preschool age - a period of active socialization. Unfortunately, it is easy for toddlers with ADHD to make friends, but it is disastrously difficult to maintain long-term communication. Due to cerebral immaturity, they often spoil other people's toys, take things without permission, interrupt, do not listen to others, they can hit a friend or get into a mess. They find it difficult to follow the rules and social norms, to express their needs acceptably. Therefore, these kids are more likely to suffer from loneliness and, accordingly, low self-esteem - children with ADHD simply do not understand why all refuse to be friends with them.

According to statistics, 3-5% of the world's population suffer from the syndrome, and ADHD is more often diagnosed in boys than in girls - 1: 3, respectively. It is noteworthy that there are fewer children with ADHD in rural areas than in urban areas. And this is due to the emotional overload of the children’s psyche, which is especially disastrous for hyperactive children, whose psyche needs to be relaxed, not activated. We are talking about stress, endless and uncontrolled gadgets use that visually stimulate an already immature brain. In rural areas, children spend time outdoors, in motion, using all their senses. Information overload in the city also negatively affects the health of hyperactive children.

Intensive studying of 3 foreign languages, a boxing club, math and reading classes, a visit to the cinema on Saturday, and a noisy amusement park on Sunday - a similar schedule may satisfy strict parents, but it will not add health to a hyperactive child. Therefore, parents of children with ADHD need to be especially careful choosing activities, even if useful, so as not to lead to a tantrum.

The causes of ADHD are not exactly known. But several factors are most likely to cause ADHD:

One or more factors do not indicate that a child will have ADHD. However, parents should be vigilant to recognize the disease in time. How?

If ADHD at 2 years of age can be easily confused with the normal development against the background of, for example, banal fatigue or depression of a mother who sees a ‘disease’ in a child instead of just resting herself, then ‘skip’ ADHD at 3 years of age and older preschool age is impossible. Children with attention deficit hyperactivity disorder differ from their peers in the following:

It is important to remember that the syndrome does not disappear by itself, and ADHD in adolescence only intensifies, which can lead to sad consequences - running away from home, addiction to alcohol or drugs, choosing a bad company, etc.

Attention deficit hyperactivity disorder in the international classifier of diseases 11 revision (ICD-11) is included in the group of neurodevelopmental diseases and is represented by a separate unit (6A05). The main clinical symptoms of ADHD, or what doctors are looking at:

ADHD is a syndrome in which all three components are expressed to one degree or another. So, there are children with increased carelessness against the background of the absence of hyperactivity and minimal impulsivity. Other kids suffer from impulsivity, while others suffer from a little of everything. The type of symptoms is determined by the doctor.

To detect ADHD, parents will have to examine their child by a pediatric neurologist and psychiatrist to identify/exclude other pathologies, because the syndrome often accompanies other disorders, such as ASD. Doctors do MRIs of the brain, tests (for example, MOHO-test), examine the child's behavior and reactions. The diagnosis is made by a psychiatrist.

Based on interviews with parents, observation of the child, and special tests, doctors conclude. At the same time, it is important that ‘atypical’ behavior persists for at least 6 months and is demonstrated in different conditions - both at home and away, and in kindergarten. If a kid is hysterical once a month or accidentally breaks someone else's car, this does not mean that he is hyperactive. Therefore, the diagnosis is mainly made after 6 years, when ADHD is obvious and the complex of symptoms is constantly manifested.

Diagnosing ADHD in children is critically important, as it affects not only behavior in the here and now, but also the future of the child. So, with undiagnosed ADHD and, accordingly, without intervention, the chances of adapting ‘to life among people’ are small. Adolescents with ADHD are often bullies, rude, get into trouble, run away from home, and drop out of school. Such adults often cannot find themselves, often change jobs, do not stay in one place, fail to build long-term relationships, provide for themselves, etc. Therefore, the sooner the syndrome is diagnosed and the correction begins, the better.

The therapeutic intervention for ADHD is medication and behavioral therapy. Medication is delayed or not prescribed by the doctor for milder ADHD when self-control reactions can be taught. And no magic pill can teach a child acceptable behavior. This is why activities for children with ADHD are so important.

The best technique that has shown good results has been and remains behavioral therapy. The approach is to reinforce desirable behaviors with a gradual reduction in negative manifestations.

In addition to cognitive-behavioral therapy, neurocorrection (special physical exercises that have a beneficial effect on the brain), the Tomatis method and bioacoustic sessions, various sand games, music therapy, and massage are well recommended.

ADHD intervention should be carried out both at the individual level (mainly psychological assistance to children with ADHD, since such children suffer from anxiety, self-doubt, etc.), and in groups because it is in the social environment and interaction that they are honed communication and behavior skills.

It is important to remember: to achieve and, most importantly, consolidate the result at home, you need to follow all the recommendations of doctors and teachers. Features of teaching children with ADHD - the need for regular repetition and the strictness of the implementation of the recommendations of specialists Otherwise, all achievements will quickly be forgotten.

However, it is not always possible to do without medications. As a rule, pills are not prescribed for preschoolers, but older children. In practice, they use nootropics, antidepressants, psychostimulating pills, etc. But parents should remember that it is dangerous to take them without a doctor's prescription!

The ‘Child with Future’ kindergarten accepts 1-year-old kids! If you need advice or an individual development program for a child with ADHD, contact our professionals.