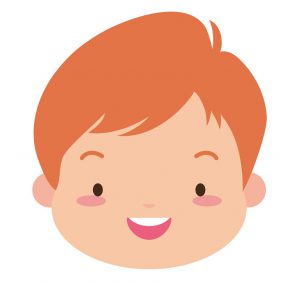 Meet Yaroslav, 5.5 years old, diagnosed with classic autism, being studied in our kindergarten for two years. After a very successful job, Yaroslav became another graduate of 'Child with future' , whom we prepared very well for the school period.

When in March 2017 Yaroslav was brought to us, we immediately realized that he was a little 'peasant', with whom it would not be so easy to deal at the beginning, but he had a great potential. Yaroslav came to us absolutely not socialized: he protested against practically everything that we or parents asked him, did not speak, pushed the children, did not know how to contact them, did not play anything and did nothing himself.

What did we start with? With the development of basic social skills, without which academic learning is impossible. We taught him to eat and dress by himself, to solve toilet issues, to sit during classes and to concentrate attention. Two years have passed. We graduated Yaroslav from a group where children are completely independent and  practically “normal” in terms of academic development. Yaroslav spoke and, although the speech is not yet highly structured, but we are sure that it will be fully formed. Yaroslav not only plays with children, but also initiates these games, the first accepts the conditions of the game. Like a real 'peasant', his favorite lesson is physical education, and the favorite teacher is our social teacher Natasha. And when the protest "I do not want to go to the kindergarten" reappeared, the argument "what about Natasha? She is waiting for you” worked ironically - Yaroslav was going to the kindergarten without objection. In general, that's the usual routine of an ordinary preschooler boy 😊

Separately, great thanks to the parents of Yaroslav, who always followed our recommendations and followed a kindergarten diet. Their contribution to our common efforts is invaluable, we appreciate it very much!

We wish Yaroslav and his family to continue to develop at the same pace, to find friends in a new kindergarten, and later in school, easy to arrange training and to love school teachers.