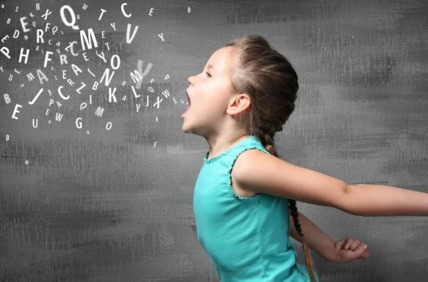 As soon as parents hear about upcoming childbirth, they dream of hugging the baby, putting on funny socks, telling a fairytale, and hearing the first ‘mom’ and ‘dad’.

The child is born, grows, and develops, but adults do not hear the long-awaited words. Acquaintances ask not to worry because ‘will grow up and talk,’ wise relatives require a medical board to save the child, and online advice is contradictory and confusing. What to do and who is right?

What are speech delays?

Delayed speech development is the term used to describe a child's delayed acquisition of speech relative to the age norm. Children with delayed speech development are delayed in speaking, understanding what is said, and knowingly communicating with others. If a 2-year-old child is supposed to say simple words (‘yes’, ‘want’, ‘no’, etc.), and a 3-year-old child says coherent and meaningful sentences, but this does not happen - cause for alarm.

Delayed speech development, a diagnosis of the level of speech therapy and neurology, is a set of speech disorders. These include:

If the correct and timely formation of speech skills in a child is delayed, it leads to violations of social and mental development. Communication difficulties cause a lot of trouble not only for parents, who have difficulty understanding and communicating with the child, but also lead to social isolation because peers do not play with such a child.

Such a picture in children aged 2-5 leads not only to underdevelopment of communication skills but also to a lack of emotional skills and behavioral self-regulation, development of necessary neural connections. Delay, therefore, negatively affects memory, imagination, and cognitive abilities impair brain interhemispheric interaction, etc.

Statistically, it is common for 10% of children to have speech delays. It is also known that boys suffer more often - 4 times more often than girls.

Types and Degrees of speech delays

Violations of the external, or phonatory registration of oral speech:

Disorders of internal, or structural-semantic design of speech:

In the International Classification of Diseases, 10th Revision (ICD-10), speech delays are presented as a separate unit under the ‘Specific developmental disorders of speech and language’ general name (F-80). The group includes:

F80.8 - Other disorders of speech and language development.

Doctors also distinguish four stages of speech delays (speech therapy classification) - from the first or mild (when the disorders are only visible to a specialist and little noticeable to others, even parents) to severe or fourth stage, in which defects are visible to all or speech is absent (severe delay).

Medical reasons - a complex of pathological processes in the brain, occurring either during the intrauterine development of the fetus or in early childhood. The first includes intrauterine hypoxia, asphyxia, hypotrophy, severe infectious diseases of the mother during pregnancy, prematurity. The group of early-onset illnesses includes systemic infectious diseases of the child, meningoencephalitis, encephalopathies, etc.

The list of medical causes also includes physiological abnormalities, such as hearing loss, in which speech is formed by imitation rather than the ability to hear the sound. In addition to physical conditions, the specifics of the child's brain also influence Dysfunction. For example, if a child cannot identify the dominant hand (right- or left-handed), speech formation is delayed because of uncertainty about which brain hemisphere is leading.

Doctors also do not rule out genetic factors and causes of speech delays that can affect speech pathology. For example, if a parent speaks late, the likelihood of a child having late speech increases many times over.

Social causes - a set of environmental factors that negatively affect the development of speech in a child:

How to Identify Speech Delays

Today, the number of children with speech delays is higher than in the past decade because of the ‘fashion’ position of not paying any attention to a child's speech until the age of 3. Some parents are convinced that speech doesn't need to be taught - it will somehow work itself out. Such thoughts entail ‘surprise’ when adults ‘suddenly’ discover that a 4-5-year-old child can not speak. How to prevent this?

The norm of speech development in children 1-3 years of age:

The age range is variable. A ‘deviation’ of a couple of months in girls and 4-5 months in boys is allowed.

If you have one or more of the symptoms listed, you need a diagnosis. After consultation, the pediatrician will refer the child to a psychiatrist, neurologist, psychologist for examination to clarify the causes of delayed speech and referral to centers for children with delayed speech development to work with specialists.

Parents should remember that the symptoms of speech delays in children are serious, and do not put off the problem long enough, which will affect the health and well-being of the child in the future. ‘Educational trends’ and the position ‘when your child grows up, he or she will talk’ are convenient, but fraught with consequences.

For the baby to develop correctly, and for parents to hear the cherished ‘mom’ and ‘daddy’ by a year, speech development should be engaged from birth. This does not mean that you have to read ‘Hamlet’ at a month of age and demand a reaction to what was heard - basic preventive measures are enough:

Treatment for speech delays is complex - with medical tools/methods and a developmental environment provided by teachers and parents. Parents of a child with speech delays should remember that the best doctor in the world and exercises are powerless if the child is not treated at home.

According to the director of the ‘Child with Future’ kindergarten Natalya Struchek, whatever the causes may be, developing exercises with parents is a prerequisite for speech formation and fixing the results achieved with teachers in everyday life: "There were cases in my practice when parents failed to follow the recommendations of our specialists. As a rule, this leads to the fact that the child has nowhere to practice the new skills, respectively, they do not consolidate.”

Speech delay treatment involves regular exercises for young children and a properly chosen technique. A speech therapist works on the clarity and accuracy of pronunciation, training the child's speech apparatus. A psychologist activates cognitive processes, works on fine motor skills, and reduces anxiety and tension in a child. Parents play a key role, as they should follow the recommendations and create a favorable environment for the child's speech skills development.

It is also important to remember that some other conditions and pathologies often accompany speech delays that require intervention due to their direct effect on speech formation. For example, autism (ASD), attention deficit and hyperactivity disorder (ADHD), cerebral palsy, etc. Thus, the treatment and the prognosis depend on the detection and treatment of all disorders.

If a child has a speech delay, you can not cope alone and need to turn to professionals.

There is a wide range of treating institutions in Ukraine. However, the biggest concentration of services is in Kyiv.

The ‘Child with Future’ kindergarten works with children with speech delays and successfully copes with the diagnosis of babies from 1 year old! For advice, please contact the professionals at https://childfuture.kiev.ua/uslugi/